Song Of Our Heartland:A Community Opera with Opera North

Song of Our Heartland: A community opera

Written by Durham-born composer Will Todd, with a storyline by Caroline Clegg and libretto by Emma Jenkins, this new opera was developed in partnership with members of the community. It was commissioned by Northern Heartlands, the Great Place scheme for County Durham.

Following the death of Harold, a former miner and railwayman, Song of Our Heartland shines a light on his family, his wife Lilian, daughter Jacqueline and granddaughter Skylar, as they face a stark choice between moving away to find jobs and new opportunities or staying put to face an uncertain future. Forced to remain by Harold’s death and driven by her grandad’s spirit, Skylar fights to save the things which are most important to her: the school choir and the abandoned Moonlight Ballroom Theatre.

The opera began life in January 2019, with workshops originally held in County Durham to ensure that the opera truly reflected the people there, past and present. Soloists were chosen from both the community and the Chorus of Opera North, and a Community Chorus was created. When lockdown was announced in March however, everything changed with rehearsals forced to move online. As a live performance became increasingly unlikely, the decision was taken to record the soundtrack with the Orchestra of Opera North and, a month later, with the Chorus, with everyone performing under the restrictions posed by social distancing.

Subsequently, over four days towards the end of August, the community and youth choirs and community soloists were recorded in small groups of no more than two households in Shildon, before being joined by ten members of the Chorus of Opera North to act out their parts at Locomotion. 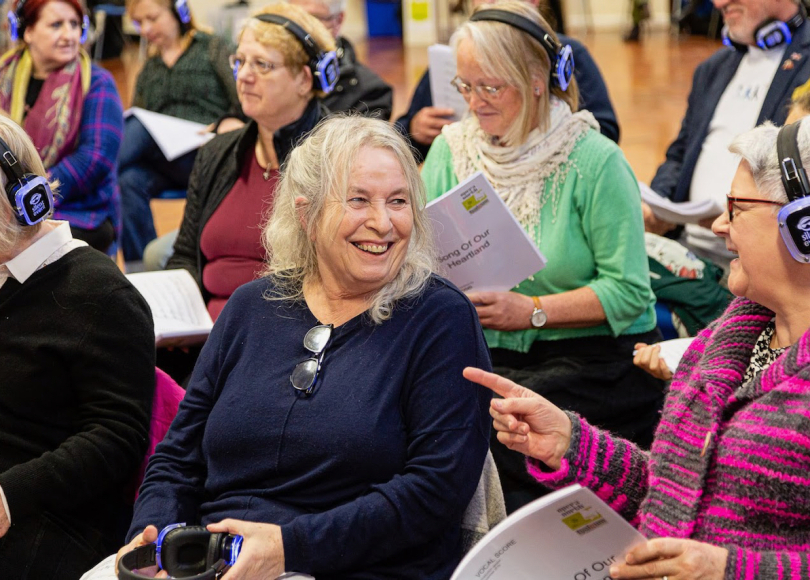 Community rehearsals for Song of Our Heartland taking place in 2019
photo: Graeme Rowatt

Chorus and Orchestra of Opera North

Song of Our Heartland: A community opera was commissioned by Northern Heartlands, the Great Place scheme for County Durham, funded by the National Lottery Heritage Fund and Arts Council England.

Watch with Opera North On Demand