“So good was this concert that even a bed of nails mightn’t have registered!”

Voices of Hope did justice to Will Todd’s Passion Music, aided by a jazz singer and ensemble, in a timely concert. David Whetstone was at All Saints’ Church, Newcastle, to see it. 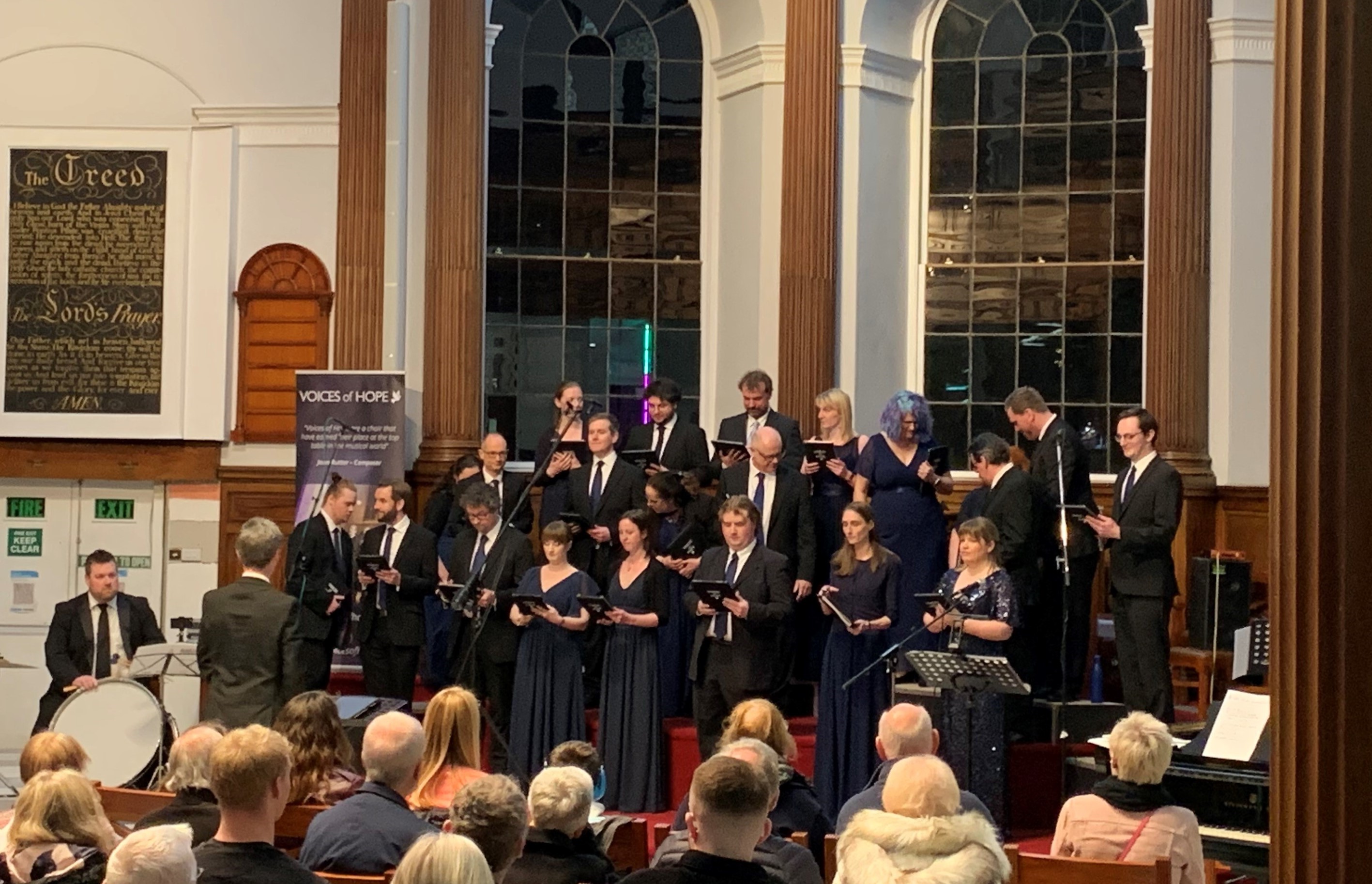 I’ve spent many uncomfortable hours on a hard pew but these weren’t among them. In fact, so good was this concert that even a bed of nails mightn’t have registered.

And I hope that doesn’t sound flippant given the main attraction was Passion Music, Will Todd’s account in nine movements of Jesus’s painful last hours on Earth.

Todd is a born communicator in person and through music.

The audience in All Saints’, an enclave of grace and civility amid concrete, had the benefit of both as he introduced the programme and directed from the piano.

First, though, he reminded us that many in the world are currently unable to enjoy music of any sort in peace. Voices of Hope (2016 national choir of the year) is a name that very much catches the mood. 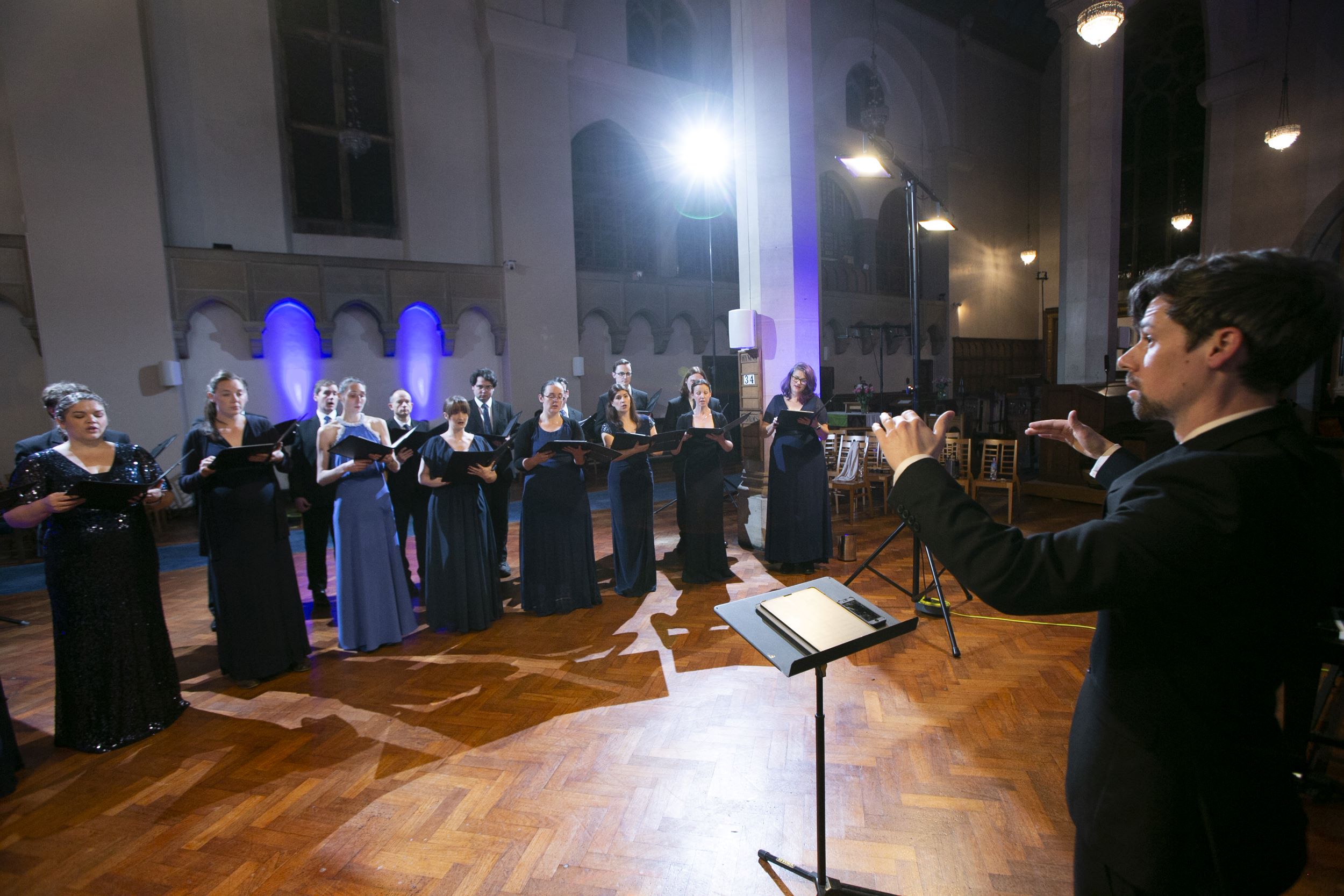 We were able to revel in their glorious sounds and those made by an ensemble from the Strictly Smokin’ Big Band.

It might seem an odd blend, the gravity of the Passion with the exuberance of an outfit inclined towards jazz.

But the Durham-born Todd is a bridge between the two. He recalled his twin musical loves as a boy, singing publicly in the church choir while experimenting with jazz and blues on the piano at home.

His much-performed Mass in Blue blended them in 2003 and Passion Music picked up the theme 15 years later, premiered at St Martin’s-in-the-Field in Trafalgar Square.

This was the first proper North East airing but it formed the second part of the concert.

First came Todd’s Songs of Renewal, a choral suite in three movements of mesmeric, lulling quality, showcasing Voices of Hope’s ability to become as one voice.

Conducted by musical director Mark Edwards, the singers set the tone for the evening by making light of vocal intricacies.

The excellent brass/percussion ensemble entered the frame with a brace of Will Todd songs, Just as I Am and, introducing jazz singer and soloist Alice Grace, I Wish I Knew How it Feels to be Free.

Laying Todd’s repertoire aside briefly, the choir then delivered – quite beautifully – Morten Lauridsen’s 1994 number, O Magnum Mysterium, and Lux Aeterna, John Cameron’s vocal setting of Nimrod from Elgar’s Enigma Variations, a 2016 tribute to the fallen of World War One.

That last… just wow! What a lump-in-throat piece that is, and what a showstopper to bring the first half to a close.

It’s an engrossing piece, by turn sombre and rousing.

Alice and the brass players – and let’s not forget the excellent jazz drummer – were able to give rein to soaring moments of individual brilliance while the choir held the line with perfect vocal poise.

The best I can say of the piece and the performance is that the audience, at first unnecessarily applauding each completed movement, eventually fell silent, only to erupt after Alice Grace’s final exultant and optimistic note.

That’s as it should have been.

A terrific piece and an utterly memorable concert. For more news of Voices of Hope, including upcoming engagements, go to www.voicesofhope.co.uk

Your shopping basket is empty
Visit the shop

Purchase Will Todd recordings from the shop in CD and/or downloadable format.